We are delighted to announce that last Saturday (11th June 2022), CES Director Nick completed the 50km London Nightrider charity cycle in aid of the Alzheimer's Society. A huge thank you to everyone that donated to this worthy cause and a charity close to Nick's heart. Nick was so close to breaking the £1000 barrier on the night and has subsequently gone over that threshold, doubling his original target! Don't forget you can still donate.

What was the highlight? 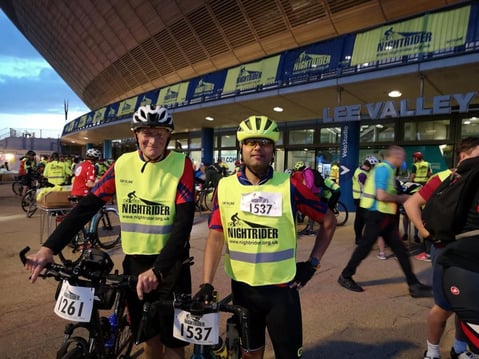 Nick set off on his 50km cycle just after 10pm along with around 50 other cyclists in his time slot. Despite the late start time with this night event, Nick wasn't feeling tired at all. The atmosphere kept all the cyclists going and Nick was excited about his first cycling event. His only concern was getting lost, which he and his cycling partner Arup did (twice in fact!); thankfully Arup's Garmin sat nav saved the day. Nick said cycling across London was quite a spectacle and zooming over the bridges of the Thames with the London Eye lit up to one side and the lights reflecting off the water was quite a sight.  Nick joined over 1800 cyclists for the Nightrider event and has said all fellow participants were really friendly and would check on one another if a cyclist had stopped. As well as being joined by cyclists, London at night also bought out the London revellers who were keen to cheer the cyclists on.

Of course a highlight was breaking the £1000 raised for the Alzheimer's Society. In total the Nightrider event raised £500,000 for 74 charities, a great achievement all round! 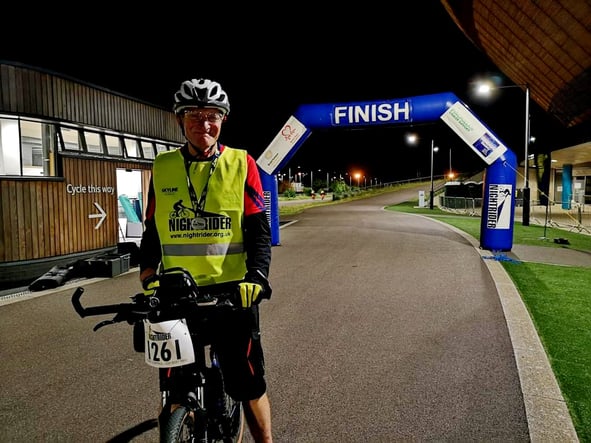 Nick absolutely loved participating in the London Nightrider and wouldn't hesitate to sign up for another event. Of course he says he would absolutely have to increase the distance and would look at perhaps 100km next time. Despite the unexpected leg cramps in the middle of the night (stretching definitely wasn't high on the priority finishing in the early hours) and a 4.30am bedtime, another event is certainly on the horizon! Thank you again to everyone that donated to this event, Nick is incredibly grateful for all the support.

You can continue to donate to this worthy cause; click here.